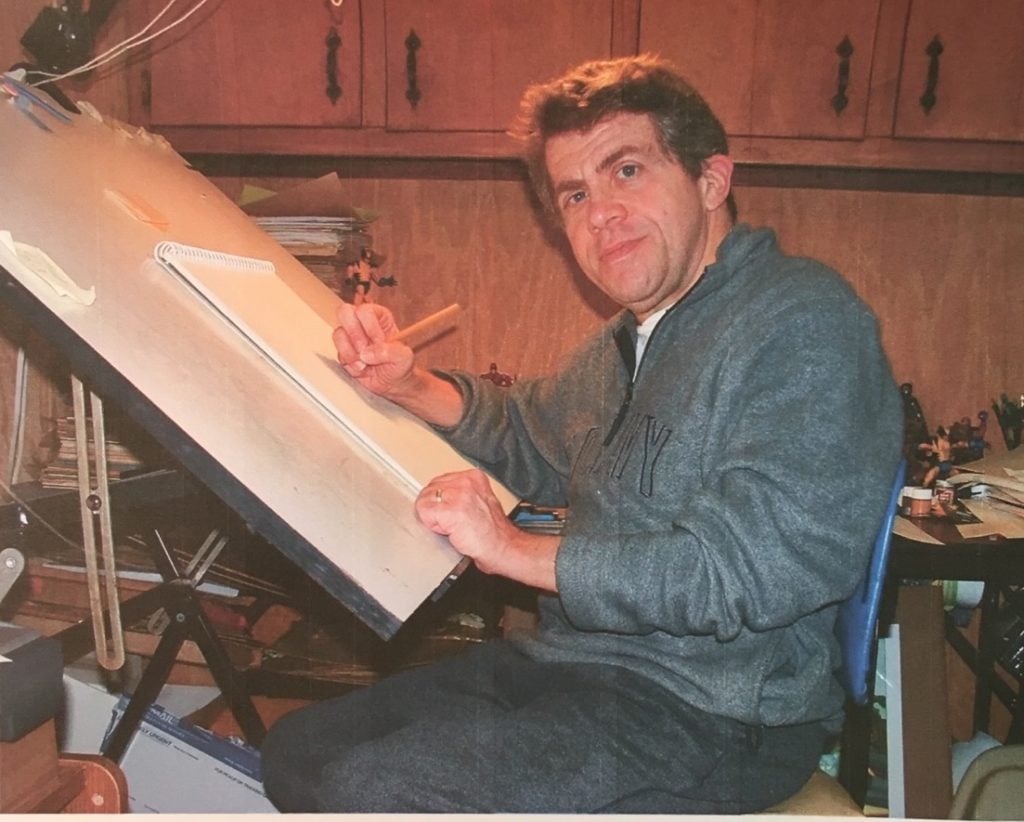 Hi there, I'm Tony Franco of Tony Franco and Friends. I've been a professional cartoonist for about thirty-five years. I started freelancing as a cartoonist and illustrator in 1978. This was during my time attending John Jay College of Criminal Justice for my Master's Degree. I was having difficulty gaining approval for a radical theme I had presented for my thesis and this was how I took my mind off of it.

This experience inspired me to develop a comic strip about it, called "LIBERTERIA". I continued regularly developing various comic strips for syndication during my education years.

My early freelance work included illustrating a coloring book for a Brooklyn print shop. I also wrote and illustrated an employee handbook on hazardous chemicals for the industrial company Singer-Kearfott. Plus, various writing and illustrating advertising material for local businesses.

In 1984, I started working for the Star Line of Marvel Comics. This was a juvenile line of comic books with characters from comic strips, toy licenses, and TV shows. I was the writer on HUGGA-BUNCH and POPPLES, which were toy licenses. Together with the FLINTSTONE KIDS and FOOFUR, which were TV shows. And, provided artwork for Heathcliff, a book based on the comic strip cat.

When my Marvel editor, Sid Jacobson, moved to Harvey Comics, I did some writing on THE NEW KIDS ON THE BLOCK book. There were also illustrations I created for DC Comics for their BUGS BUNNY magazine.

In the early 1990's, I went to California to work for DIC Animation Studio doing character designs for their CAMP CANDY TV series. I was also called into properties and characters for NY licensing agent, Joe Pellegrino. For Joe's clients, including CHAMPAGNE CAT, CHIP 'N' COOKIE for Famous Amos, and SNEAKERS music group.

I have been a member of the National Cartoonists Society and the Graphic Artists Guild for many years. Since starting out as a freelance cartoonist, I have personally developed a large stable of characters and concepts and now I am enjoying bringing those to the public.

When I'm not spending my time drawing or creating characters you can find me enjoying family time with my wife and children or taking my horse Princess for a canter.